With all the dressing and undressing that Martin helps Henry with, I thought it might be helpful to provide some visuals of just what sort of costume he’s wearing. 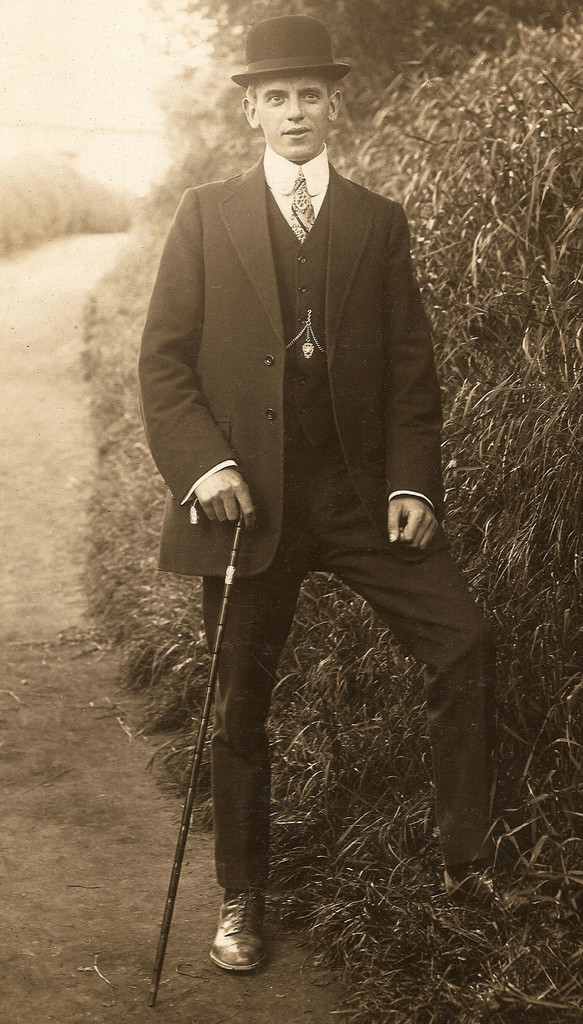 When you stopped wearing short pants, this is the outfit you put on, regardless of social class. The fellow in this picture probably isn’t poor, but without detailed images it’s difficult to tell much about his standing in the world because that’s what every other man wore, too. He’s neat and clean, at any rate, and he has a spiffy walking stick!

Frock coats were long gone, and everyone wore what were called “sack” jackets, which are basically what we know today as standard suit coats/jackets.

You’ll note everyone is wearing ankle-high boots rather than shoes. Most men wore lace-up boots, but there were elastic-sided options, which Martin does wear from time to time.

No one wore belts. They all wore braces to hold their pants up. 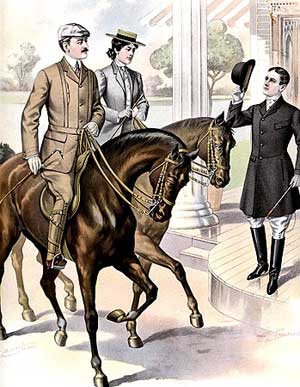 They’re just wearing their regular boots when they ride their bikes or play baseball, but for horseback riding they wear paddock boots with gaiters, like so: 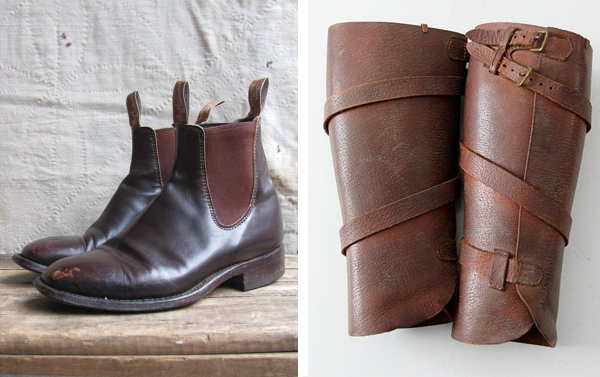 You may have noticed that Henry dresses and undresses differently between morning and evening. His daytime shirts are pulled on overhead and have a button placket down half the length of the body. Collars and cuffs are buttoned on separately. His dinner shirts are “coat” shirts, or as we call them today, regular shirts. They have buttons on the bottom half of the placket and are fastened with studs at the top. Dinner shirts have attached cuffs that require cufflinks, but they require a separate collar. Everyday shirts with attached collar and cuffs are only recently coming into style, and then only for people who can afford to do a lot of laundry. 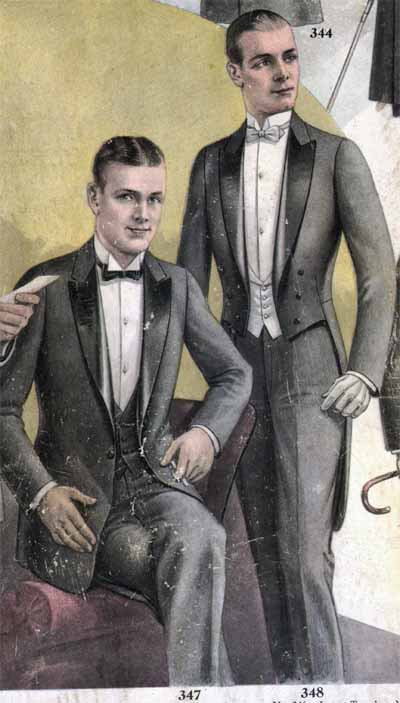 This image is from a few years later, but men’s formal wear hadn’t changed too noticeably from 1900–and it still pretty much looks the same today. The dinner jacket outfit on the seated man is what Henry and his father wear to dinner at home every night. It’s basically a sack jacket with satin lapels. It is considered less formal. If a gentleman was planning an evening out that only included other men, he might get away with wearing just a dinner jacket. The “full dress” tailcoat outfit on the standing man would be worn to formal occasions, especially occasions where ladies would be present. In both cases, evening dress was worn with patent leather boots.

There are plenty of pictures of the gentlemen of yore wearing white ties with black waistcoats, but there are also plenty of admonishments against doing that, so for the purposes of the GQ books, assume that Henry is wearing a black tie to dinner. 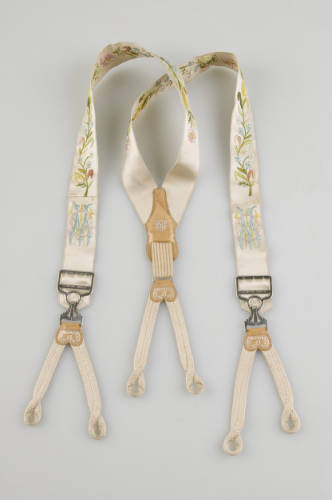 Henry has fancy embroidered braces much like these for evening wear. They don’t show, of course, but he knows he has them on :)

Eventually, Henry will have cause to wear a top hat in the story, but he’s usually wearing a bowler, as is Martin. By 1900, the top hat was being phased out as an everyday hat and was mostly worn with evening wear.

I’ve mentioned elsewhere that I deliberately put H & M in two-piece undergarments even though union suits would have been common at the time. Union suits are just so unsexy to me that I couldn’t stomach writing them into a scene.  Their socks would be held up with sock suspenders, and I mostly left those out of the story, too, for similar reasons.

I <3 clothes and loved researching this aspect of the story. If you have any questions, I’d be delighted to try to answer them :)